Diynamic continues to come up with the goods in 2016, this time offering up the new „Essenza EP“ from rising Italian talent Andy Bros. He was already introduced to the label as part of the fifth episode of Diynamic’s „Four To The Floor“ EP series with his track ‘Vento’.

Andy Bros, real name Antimo Argenziano, was brought up on 90s US house, has a taste for soul and jazz and is a formally trained piano player. All of this makes his music richly characterful and musical, as well as devastating on the dance floor. Also a qualified sound engineer, Andy has ten years DJ experience behind him and now confirms he is just a skilled in the studio as he is the booth.

The title track „Essenza“ is an epic bit of house music that builds to a grand, floor slaying peak. Spine tingling melodies ripple above deeply rooted drums and big bold bass strokes add real drama. It’s a sombre yet anthemic cut that cannot fail to get the attention of the crowd.

„Vino & Fagottini“ is another majestic affair that slowly and subtly builds up through classy breakdowns and suspenseful chords. It keeps you hanging on a knife edge with its rolling drums and rasping chords.

„Pleiadi“ then gets more unhinged, with its freewheeling, kaleidoscopic melodies and grand synth lines. Full of colour and late night theatre, it is another sure fire hit in the making, and it fits perfectly with the sound the label and boss man Solomun are known for. 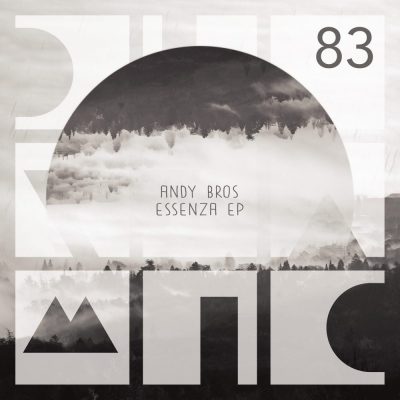